“We were recommended to Clive's salon and took her there for her first groom. Tilly has been going there ever since and she's nearly 5yrs now. We tell her before she goes and she gets so excited, runs in to him so we know she's treated well. She Always comes out looking & smelling gorgeous. Clive will give advice if you ask for it and he'll tell you if he thinks what you want is wrong, but he Always listens to you and does what you want. We moved 30miles away but still come back to Doggie Doo's. Wouldn't go anywhere else. The fact that we are elderly, yet still travel to Clive, surely tells you how highly we rate him.”

“The best dog groomers ever. My cockapoo Polly loves going there. She's so excited when she sees Clive. When I collect her she looks beautiful. Clive always has her ready at the time stated and is very helpful. I would recommend Doggy Doos without hesitation. ”

“I have used Doggy Doo's for some time now, and Clive has been grooming my westie for a few years. He is the best groomer I have ever used, and I have complete faith in him. I recommend him to all my friends”

“I took my very nervous cocker for his first grooming session at six months old, he turned from a hairy, blobby mess into a really handsome spaniel. Luca was very well treated and went off with Clive quite happily and was returned to me a while later looking and smelling wonderful. L will definitely be using Doggie Doos again . Thankyou from Luca x”

“I took my very hairy springer spaniel in today and was very pleased with the results of her haircut .she looked beautiful and smelt lovely too. Many thanks , I shall come again .Janet King.”

“I took my pug yorkie (pugshire) for the first time to doggie doos on Saturday. She had been to other groomers and the words I would use was hacked. However when she came out from doggie doos she looked like a different dog. She was just wat I wanted. She looked great. I will definatelt be going back. Thank you doggie doos x”

“i have a patterdale terrier and he is not the most sociable dog but i have every faith in doggy doos, i would reccomend them to anyone. he does a fantastic job on my dog and i wouldnt go anywhere else.”

“called in on the off chance & the lady trimmed the hair around my puppies eyes. She looks so much better now & of course can see. Will defo return when the time is right for a bath & all over trim. Highly recommended ...”

“We took our ageing Airedale Molly (13) there for the very first time the other day and we must say the care and attention she recived was fabulous not to mention the best true Airedale cut if seen outside the show ring. Congratulations keep up the good work Clive”

“After a few terrible experiences at other dog groomers I was beginning to lose hope that my rescue dog would every be clipped nicely. The light and bright interior of the salon made the dog feel at home straight away and I could tell that all the staff absolutely dote on dogs. I left Baxter happily being led off to his fate. After waiting a nervous hour I went to pick him up to find that he looked delightful and happy!! Baxter and I highly recommend Doggy Doo's”

“I had my dog groomed at Doggie Doo's last week and I must say it was the best hair cut she has had and she left very happy.. definalty using them again ”

To submit a review about this business and the services they have provided you please fill in the box below. 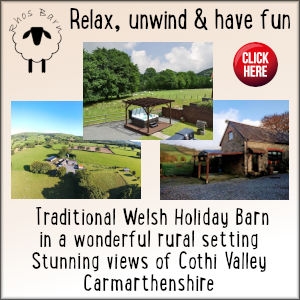