Important changes are taking place in England, affecting anyone who breeds, boards, sells or provides day care for dogs. From 1st of October, the new Animal Welfare Act 2018 will come into force providing extra protection for the welfare of our pets. 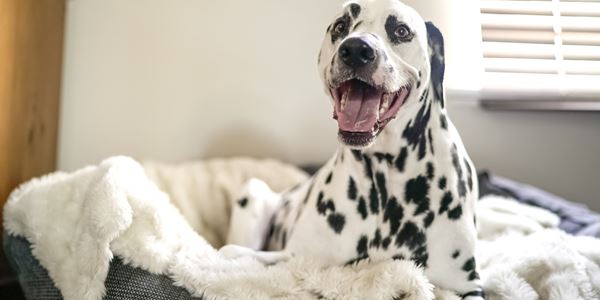 From October, dog owners in England will be able to check whether a doggy daycare or home boarder have a licence and see a star-rating awarded by the local authority. The amendments to the Animal Welfare Act will bring changes in terms of licensing and local authority compliance to anyone who sells, breeds or cares for dogs as a business.

As stated on the Dogs Trust website: “There have been significant advances in the understanding of dog behaviour and welfare in recent decades. [We are] pleased that the Government is updating this old legislation, which pre-dates the Animal Welfare Act, and are introducing measures to ensure those conducting animal activities are doing so to the best standards of animal welfare.”

However, the changes to the legislation allow dog walkers, dog groomers, and dog hydrotherapists to continue without the need for a licence from their local council.

A key reform to replace a variety of outdated legislation will be to introduce a single licence for pet vending (selling), dog breeding and animal boarding including home dog boarders and pet daycare. These licences will be issued for a fixed term rather than annually at any point in the year.

Each council will use a risk-based approach to licensing, meaning lower risk and high performing business will be allowed a longer licence with fewer inspections. This new practice aims at incentivising licence holders to operate at and maintain higher standards, enabling council resources to better targeted.

For breeders and sellers, stricter regulations under the new licence will mean better protection for dogs. From October, it will be prohibited to sell puppies below the age of eight weeks in all cases matching the regulation already in place in Wales and Scotland.

The Government, along with several animal charities, hopes the new legislation and focus will help tackle puppy farms in the UK and make it easier for councils to focus their attention on combating issues affecting animal welfare in their local areas.

PetStay has been a strong advocate for licensing, ensuring all their carers across the 42 branches hold a valid licence to care for dogs in their home. Established since 2005, PetStay has built a reputation on the high criteria of their dog carers, ensuring they are checked by branch owners as well as the local authority.

To find out more about our PetStay Carers click here.