The creation of each and every dooup Complete Pet Waste Clearer is bound for a rather unpleasant job. The nature of these pooper scoopers are to scoop the poop, so not the most glamourous of positions. However, if you were to come back as a dooup, you would definitely choose to be one of the ten very lucky dooups that were shipped to the luxurious Necker Island to deal with the Gecko waste that apparently pollute these glam shores. Sunning themselves with the celebs, these dooups may just become famous too. That’s the hope at the dooup HQs anyway! 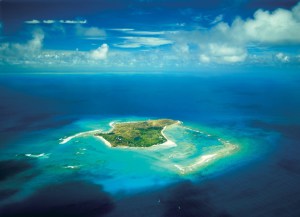 #Richard Branson’s 74-acre #Necker Island is one of the few places in the world that the rare gecko – Virgin Islands dwarf gecko, lives. However, we do know that the manager of the Island has a dog, so perhaps the dooups are also finding their purpose in clearing doggy doo too.

The dooup CPWC is in fact the only pooper scooper in the world that sprays environmentally friendly sanitising fluid while clearing away animal waste! It also stores multiple amounts of waste before the bag inside seals it away upon removal of the storage chamber.

For slightly sticky waste like a Gecko’s waste would be, the user would need to push the lever a few extra times to disperse more spray to help lift all of the waste, perhaps repositioning each time to get 100% clearance. We know that with good practice and applying the right technique for the right terrain and waste consistency, the dooup is the best pooper scooper available.

Who knew the dooup would become a Gecko poop buster!?

So these dooups are at home in an island where people spend US$2,167 per day to stay – they are definitely the luckiest pooper scoopers in the world. And of course, the team at dooup HQ would be happy to fly out and help clear Gecko waste, if any assistance was ever required.